All the crazy events that happened in 2020. And we're only halfway through it!

All the crazy things that happened this year:
Democrats impeached President Trump based upon nothing but pure partisanship and sour grapes over losing the presidency in 2016.
China sent a “present”—- the “ccp virus” that has killed about 100,000 Americans.
US stock market crashes at its fastest pace in history. Largest one day drop in history happens in March 2020.
There are riots in Democrat run cities that have been ongoing for a month now. Many cherished statues have been destroyed by Democrat rioters.
China has destroyed Hong Kong by banning all kinds of speech that was previously a guaranteed right of Hong Kongers. Many countries are now creating an exit plan for Hong Kongers.
China kills 20 Indian soldiers.
Conservatives continue to get deplatformed on Facebook, Twitter and YouTube. Many have found new homes on Parler, private web sites and Bitchute.
Australia has massive fires.
United States military kills Iranian general Qasem Soleimani.
President Trump signs United States-Canada-Mexico agreement that’s replaces NAFTA.
UK leaves the communist EU.
Russia and Saudi Arabia start an oil war.
SpaceX successfully launched Dragon2.
President Trump declares Antifa a terrorist organization.
Russia had a major oil leak.
Posted by Michael Gordon at 7/06/2020 11:08:00 AM No comments:

We are thinking of launching a store to sell merchandise reflecting the truth about the Democrat Party.  What are your views?
Posted by Michael Gordon at 7/04/2020 06:06:00 PM No comments:

Many Cities Claim Tickets Are for "Safety." It's a lie.

A lot of towns encourage police officers to write a lot of tickets for “safety” reasons. I might buy this argument if 100% of the ticket money be sent to a real reputable charity and zero to the government.
Posted by Michael Gordon at 3/02/2020 11:55:00 AM No comments:

Hong Kong Must Be Defended

If tuition is so high, how come no one steals it? 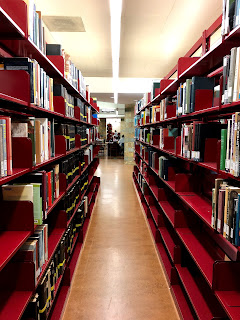 There are plenty of stories of people stealing beer and alcohol from the supermarket. At many markets, I've noticed that any alcohol worth more than $20 is locked behind glass. I've even seen supermarket security run after people who stole alcohol from the market. Tuition at Harvard is $47,730. Considering how "valuable" this education is, how come we aren't seeing tons of people sneaking into Harvard classes to get this valuable insight for free? Shouldn't there be security at the entrance of every class to ensure that people aren't trying to "steal" a Harvard education?
Posted by Michael Gordon at 7/12/2019 12:29:00 PM 1 comment:

The Democrats only care about the migrants at the southern border because they feel that this is a new issue that they can exploit for their own purposes.

For the Democrats, the quality about the illegals that they like most is that they are poor and relatively uneducated.  This is despite the fact that illegal aliens do jobs that poor Americans otherwise would do.  As a result, the wages of Americans with few skills or low education are lowered as a result of the Democrat Party open borders policy.    Americans are not asking for more illegal aliens from south of the border.  Most Americans consider this massive increase in illegal immigration to be literally an invasion.    The Democrat Party can always be counted on to go against the interests of American citizens.

IF YOU FOUND THIS MATERIAL informative, please feel free to make a donation through my Patreon account here and click "BECOME A PATRON."
Posted by Michael Gordon at 6/25/2019 11:19:00 AM No comments:

Here's What No One Tells You: Democrats Say Biden Is Racist. Kamala Harris: "Biden Is ‘Ignorant of the History of Race in this Country’"

Kamala Harris said today that Biden is "ignorant of the history of race in this country."  We love Democrat Party presidential nominations precisely for this reason.  It's fun to see Democrats get similar treatment that Republicans had to deal with for all these years.

The Chinese Communist Party is similar to America’s Democrat Party

The Democrat Party is similar to the Chinese Communist Party.

.  Both have an opposition to civil society—that is, anything that is not related to the government.  Both the communist party and the Democrats seem to believe that if they are not involved in something, it  must be banned.  The communists in China don’t like the independence of Taiwan just as Democrats oppose Texas going the way of focusing on economic freedom.  Kamala Harris thinks Alabama should not have the right to set its own abortion policy.  This is similar to how the Chinese communists are very frustrated with one area of their country that accepts freedom and liberty to govern itself — Hong Kong.  Leftists and communists do not believe in any constraints on their power.  They always want more.
Posted by Michael Gordon at 6/22/2019 06:38:00 PM No comments:

Why did President Donald Trump win the Presidency?


Why did President Donald Trump win the presidency?  This is a really interesting video that explains why people really were frustrated by the process of globalization.  There is a division between those who can work anywhere in the world and those who are tied to local areas.
Posted by Michael Gordon at 6/22/2019 04:31:00 PM No comments:

Chinese make parts for the Pentagon?!

So a Chinese-owned companies was making parts for the US Department of Defense?  That isn't good.   I think this is one reason why people are skeptical that the so-called "elite" in Washington DC know what they are talking about. They tend to make a lot of mistakes, and we all pay the price!
Posted by Michael Gordon at 6/22/2019 04:27:00 PM No comments:

Why would anyone join Mark Zuckerberg's Cryptocurrency scheme?

I think cryptocurrencies may indeed be part of the future, especially because governments around the world have destroyed the value of their currencies. (And it is only going to get worse with time).. However, why would I get a cryptocurrency backed by some creepy authoritarian mastermind like Mark Zuckerberg? The whole point of cryptocurrencies is to move beyond centralized control. Zuckerberg will fail.
Posted by Michael Gordon at 6/22/2019 03:31:00 PM No comments:

Hong Kongers are not bowing down to Communist China

U.S. Congressman Ted Lieu is upset that President Trump declared a national emergency, which will allow him to divert funds towards building the wall on the southern border.  Mr. Lieu is extremely upset about this.  "This might stop the flow of cheap labor to the United States.  What will my constituents in Beverly Hills do when they cannot get cheap nannies and gardeners?"

Ted Lieu has not shown any anger about Americans killed by illegal aliens.  "Frankly, those aren't my constituents.  My constituents live behind armed palaces.  And Angel Families don't write political checks so why should I listen to them?"  Angel Moms are families who have been victims of illegal immigration, including sons, daughters, moms and dads who have been killed, raped, or brutalized by illegal aliens.   But illegal aliens are an important source of labor for wealthy Beverly Hills Democrats.  "My constituents don't want to hire Americans because they cost too much.  It is much better to have a constant flow of illegal aliens who work under the table.  And my constituents give me a lot of campaign contributions to keep this going."
Posted by Michael Gordon at 2/15/2019 09:15:00 PM No comments:

I was recently suspended on Twitter because I wrote #learntocode to a journalist.  How weak must journalists be that they need special protection from the twitter police?  Journalists would frequently respond in a snarky fashion to many blue-colar workers who lost their jobs in coal power plants, factories, and in the Rust Belt.  So it is ironic that they can't handle some of their own snarky medicine.  Thank goodness so many of these media companies are going out of business.  The sooner, the better!
Posted by Michael Gordon at 2/05/2019 11:05:00 PM No comments:

The Democrats don't want to protect the border.  In their view, every illegal alien who figures out a way to get inside the United States is a new potential American voter.  We need to put a stop to this.  Americans must stand up and demand that Congress properly fund a border wall to stop people from being able to cross into our country illegally to get food stamps and other welfare, as well as to vote Democrat from now until the end of time.  Make sure to contact your Member of Congress and let them know that you want the wall.
Posted by Michael Gordon at 12/28/2018 11:42:00 AM No comments: